June is Pride Month in the US as well as other parts of the world, and Google is continuing its celebration of the tradition by bringing 16 new “Sounds of Pride” ringtones and notification sounds to their Pixel phones.

Last night, an update for the Sounds app began rolling out to Google Pixel phones, via the Google Play Store, bringing the app to version 2.3. The last time Pixel Sounds updated, we were treated to a massive new collection of sounds including ringtones themed for various holidays throughout the year.

This time, Google has updated Pixel Sounds for a different, but equally important variety of celebration — Pride Month. After the update, when selecting a ringtone or notification tone through the Settings app, you’ll now find a new “Sounds of Pride” collection.

The collection features clips from well-known members of the LGBTQ community, such as Morgxn, Big Freedia, and Gigi Gorgeous. Interestingly, this marks the first time that Google has included ringtones on its Pixel phones from known musicians. 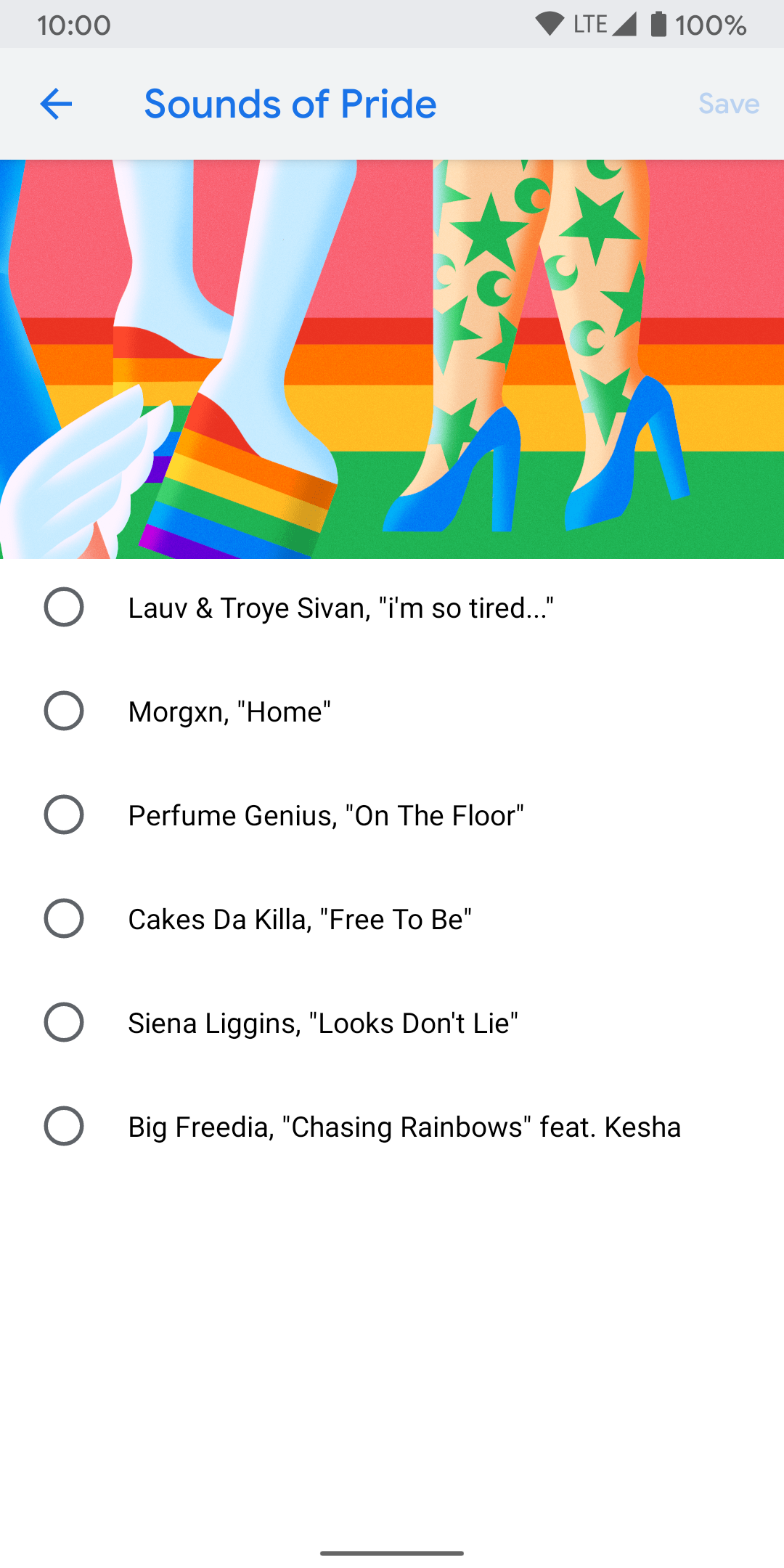 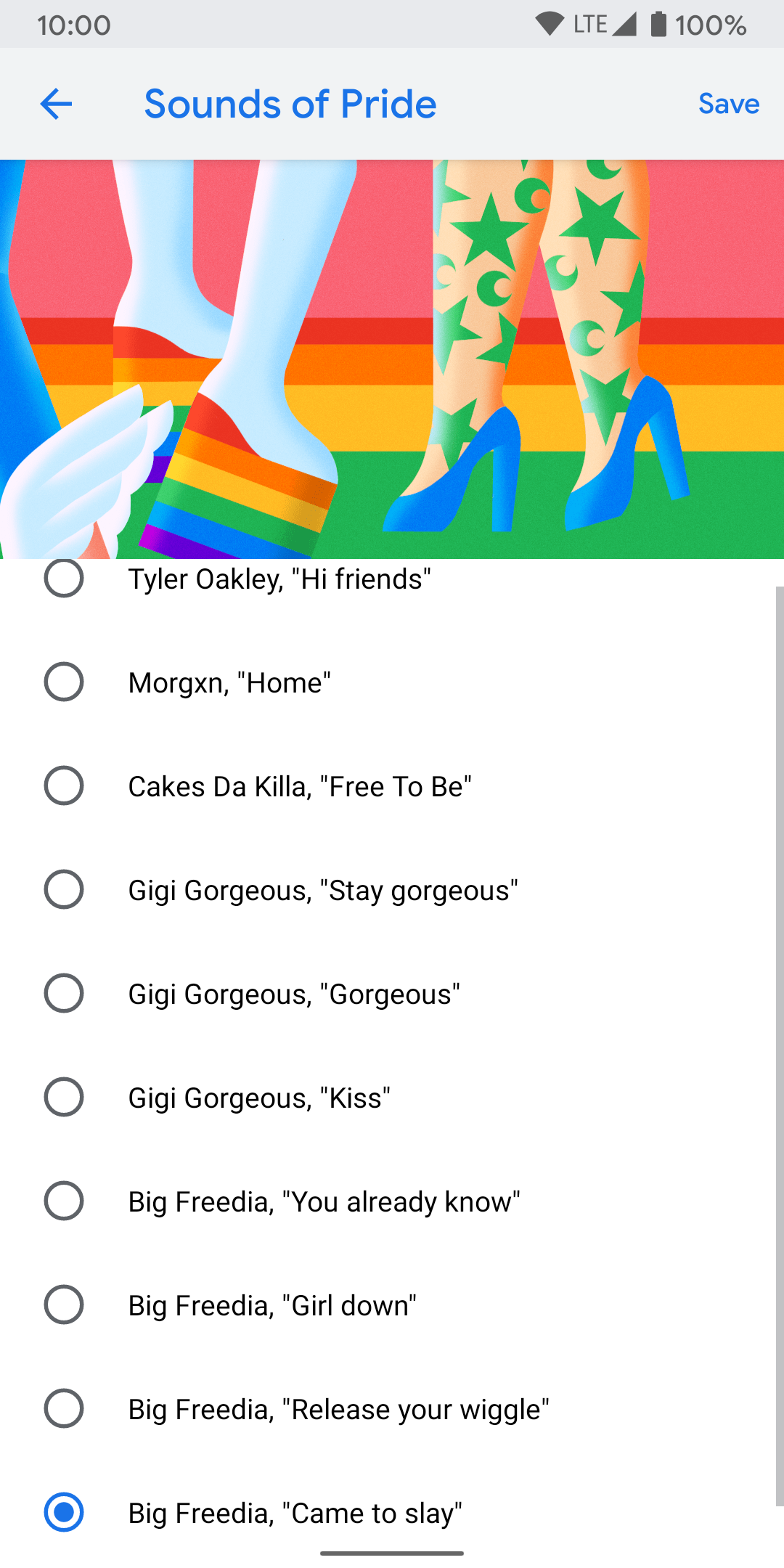 In total, Google Pixel owners can now pick from one of 16 new sounds including 10 notification tones and 6 ringtones from the Sounds of Pride collection. For now, we’re not sure whether these new ringtones are temporary, intended only for the duration of Pride Month, but given how infrequently the Pixel Sounds app is updated, we think the Sounds of Pride collection may be here to slay.

Of course, this is far from the only way that Google has been celebrating Pride Month and furthering the cause of the LGBTQ community. Owners of all Android phones can use the Google Wallpapers app to start using one of Google’s new Pride wallpapers. And, more importantly, just yesterday, Google over $2 million in grants to LGBTQ organizations including a $1.2 million grant to The Trevor Project, which runs a 24-hour confidential hotline to help save the lives of our LGBTQ youth.