Gmail for Android’s dark theme began rolling out at the start of this month. Google today is now making the look official and providing an availability timeline, while also bringing it to iOS.

Update 6/5: Last month, Gmail’s dark theme for iOS started widely rolling out with Google’s blog post about the feature from September officially reflecting that: “Dark theme is now fully rolled out in Gmail on mobile devices.”

Pro Tip (if you haven’t noticed): You can now switch between dark or light theme after upgrading to iOS 13. Or you can use the system theme set by default.

Update 10/21/19: Officially announced by Google on September 24th, the Gmail dark mode is widely rolled out to Android 10 devices this evening. Several phones we checked today received it automatically, while a Force stop from the “App info” page enabled the look on a handful of devices that didn’t see it immediately.

Original 9/24/19: The night-friendly look follows Android 10’s rollout at the very start of the month and iOS 13 last week, as well as iPadOS 13 today. Gmail’s dark theme is most apparent — and appreciated — in your inbox, with Google adopting a dark shade of gray rather than true black. The full-width search field up top is a lighter gray, while the navigation drawer is similarly tinted.

New messages feature white text for the sender, subject line, and time in this view, while the message body preview is gray. That fainter color is used for all read emails. Generic avatars, labels, and other colors have been appropriately tweaked to be less bright and more muted, though profile images are unaffected. 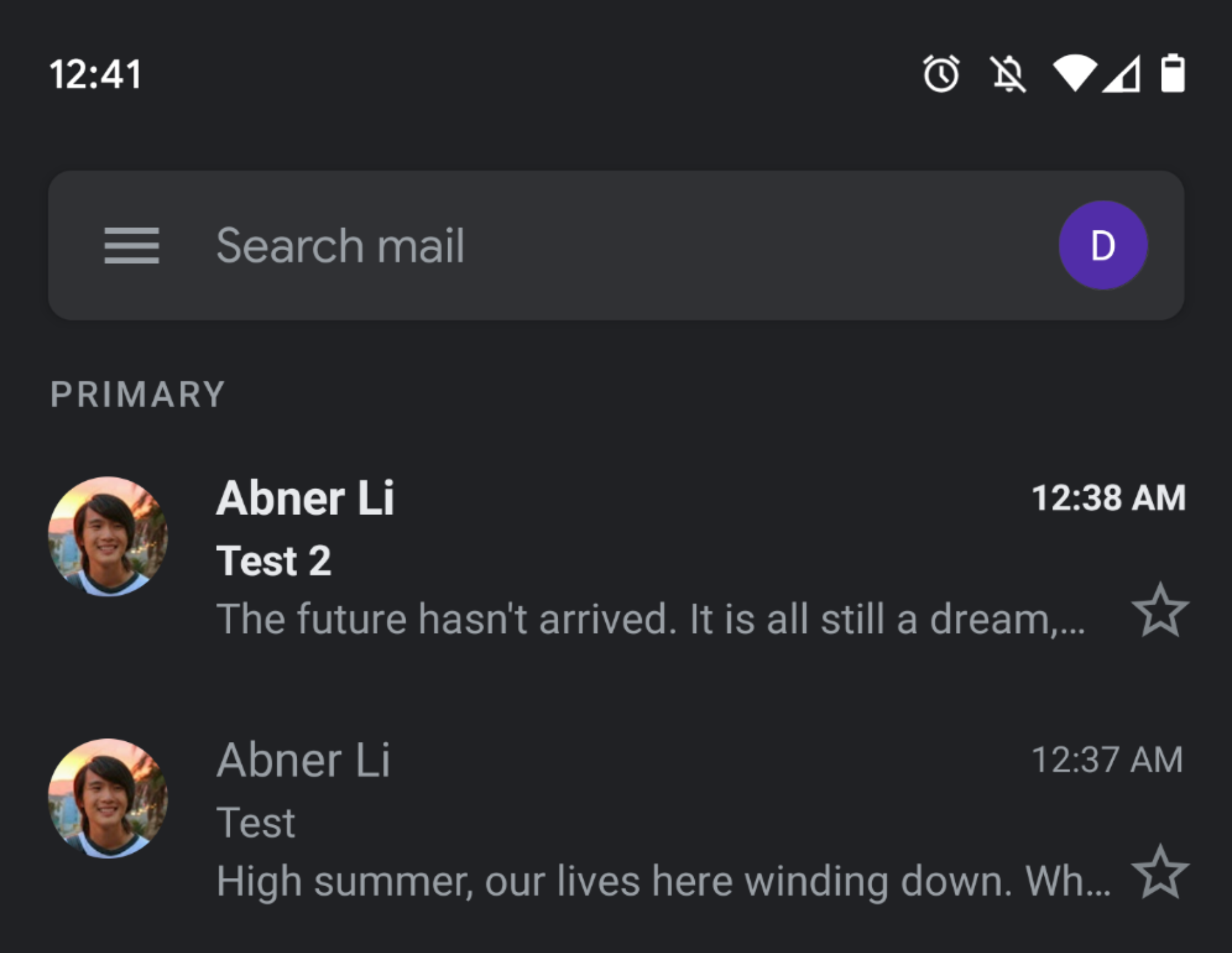 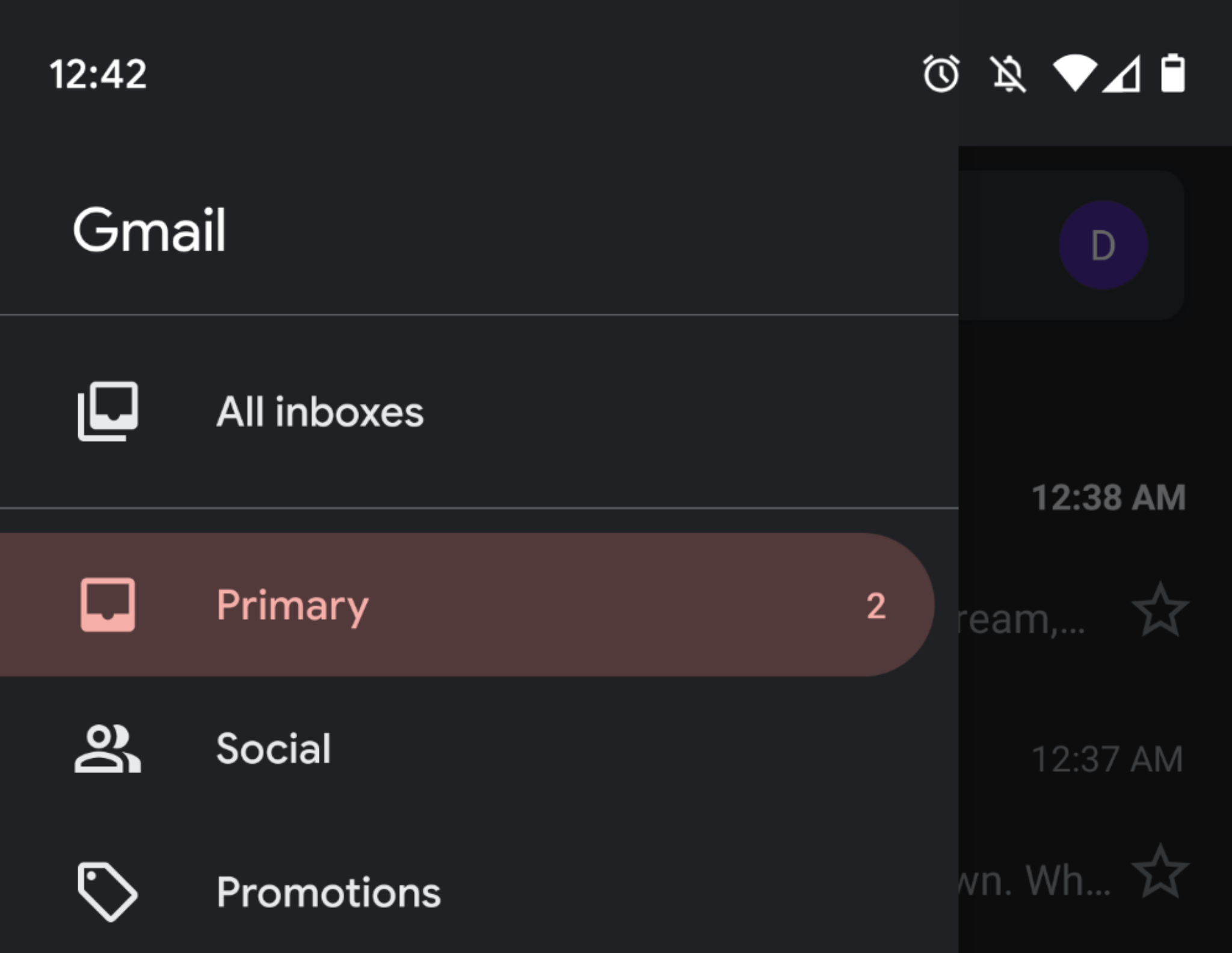 The Gmail dark theme also extends to the compose screen and messages. While the body of an email again leverages white text, darker signatures can be harder to see. The Android homecsreen widget also gets the same treatment.

On Android 10, the darker look respects the system default “Dark Theme” setting, and will also be enabled when the Battery Saver is on. There is a manual menu in Settings > Theme. For iOS, it’s available as far back as iOS 11 via Settings > Dark Theme again. On iOS 13, Gmail will also follow the new dark mode.

The Gmail dark theme for Android and iOS begins rolling out today as a server-side update that’s not necessarily tied to a specific version and could take over 15 days to fully complete.